In v22.2, process variables are now scoped at diagram invokation level. Each separate Call Activity creates a new scope for the called diagram to operate in. 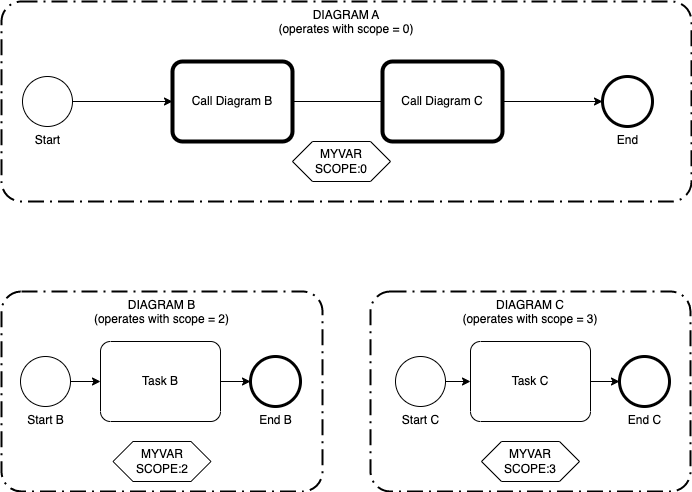 In the example above, the top level process diagram, diagram A, calls diagram B and diagram C. The initial diagram operates with its scope, scope 0. When Diagram B is called, a new scope is dynamically created at runtime for variables in this diagram – in this case, scope 2. Then control passes back to diagram A, operating at scope 0, before it calls diagram C. when C is called, a new scope is created for variables inside this diagram – in our example, scope 3. 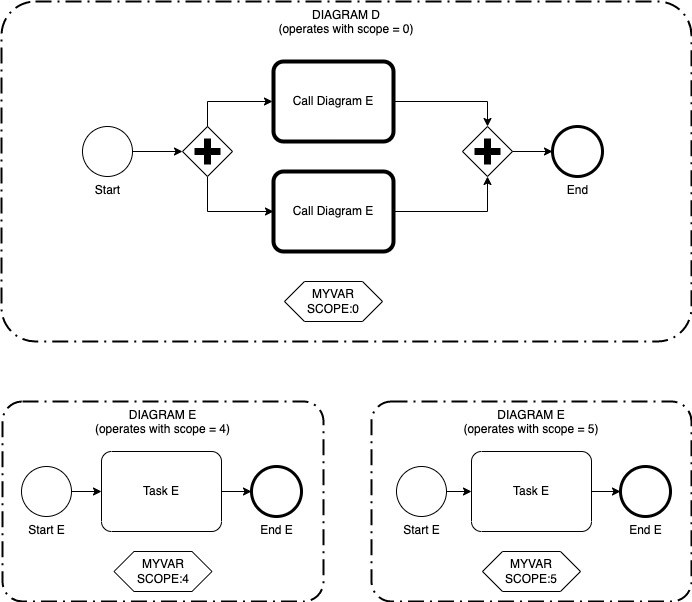 If your process is defined in a single diagram (model), and does not call another diagram, everything operates at scope 0. The system will operate as it did with previous versions of Flows for APEX, and you don’t need to worry about scoping.

All process variable API calls have scoping as an optional parameter, and if no scope is provided, they default to scope 0.

Using Scope in a Multi-Model Application

All of the API calls to the process variable system have a signature that allows you to identify the scope of a variable. But how do you keep track of scope? Typically an application will not need to explicitly keep track of the scope that it is operating at. Instead, the application can supply the Subflow ID of the subflow it is currently operating on – and the Flows for APEX engine will use the appropriate scope for that subflow. The engine knows which diagram (or which call of a diagram) every subflow is processing, and can get the appropriate scope information.